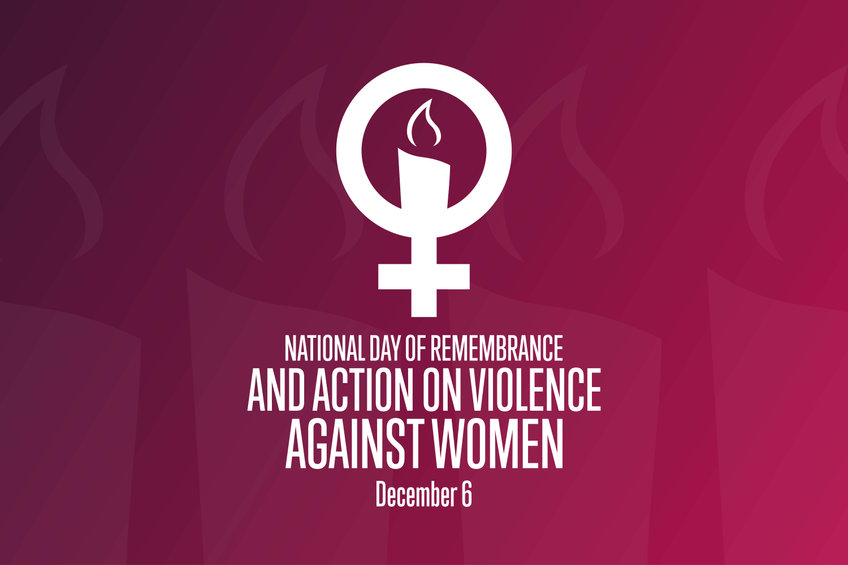 In Canada, December 6th is designated as The National Day of Remembrance and Action on Violence Against Women to remember the women who were murdered during the tragic mass shooting at Polytechnique Montréal on December 6, 1989.

This day of remembrance falls within The 16 Days of Activism Against Gender-Based Violence, an annual international campaign, that kicks off on November 25, the International Day for the Elimination of Violence Against Women, and goes until December 10, the World Human Rights Day.

The 16 Days are an opportunity to come together as Canadians, and with partners around the world, to call out and speak up on gender-based violence and to renew our commitment to ending violence against women, girls, 2SLGBTQQIA+ (two-spirit, lesbian, gay, bisexual, transgender, queer, questioning, intersex, asexual, plus), and gender diverse individuals.

We all have a role to play in creating safe homes, schools, workplaces, and communities. To this end, CEU Executives participate in joint committees, such as, the Diversity Committee, Harassment Committee and Women and Gender Rights Committees, to raise awareness and address injustices. The CEU continues to donate to organizations working to end gender-based violence.

Now, more than ever, collective action against gender-based violence is needed.

The 16 Days of Activism Against Gender-Based Violence campaign challenges us to share all possible ways to join the conversation and be part of the solution to end gender-based violence.

Here are just some examples of the many ways to get involved between November 25 and December 10.

If you or someone you know is being abused, or if you are concerned about someone’s safety, call or text VictimLink BC through its toll-free 24/7 confidential, multilingual telephone service at 1 800 563-0808 or by email: VictimLinkBC@bc211.ca

VictimLink BC͛s staff can provide immediate crisis support and connect you to safe housing, as well as provide information and referral services for victims of family and sexual violence.

The Ending Violence Association of BC also provides resources and links to local organizations:

2022-2025 Collective Agreement Changes In our bargaining survey of the Membership, you told us your…

*Donations and Volunteers Needed* Each year, along with over 2000 others, CEU members and their…

Contact your representatives to find out more!
Get In Touch
© 2023 Compensation Employees’ Union , all rights reserved • Site Map • By Line49 Design, Vancouver BC
Back To Top